"This is not a men vs women issue. It's about people vs prejudice." - Laura bates - 'Everyday Sexism'
Disclaimer - this is not a criticism of men. This blog post intends to relay the struggles that women have faced for a long time, it is a criticism of the system that has allowed the horrific treatment of women.
Sarah Everard, Sabina Nessa, Ashling Murphy. That's only three women who have been murdered in the last year who have made it to national news. In the year to March 2020, 207 killings were women. (BBC)
Recent Press coverage has demonstrated how women are represented poorly by the media. There are examples of this daily in global media. For instance, how much of last week's news made striking, front-page headlines about the devastating act of injustice that happened to Ashling Murphy? In the UK, the media was dominated by Boris and #Partygate - do we really need to hear more about the continuous lies and the incompetence of our PM? As well as this, British media was largely centred around Prince Andrew's loss of his public title (do women genuinely care about yet another patriarchal institution?) over an (alleged) act(s) of sexual abuse towards a young woman. Don't even get me started on Djokovic and his narcissistic drama with the Australian authorities. The point is, where was the story women needed to hear about the most? It was hidden amongst the mess of which the men listed above created (for themselves). This angered me last week, to say the least. I took my outrage to Twitter. 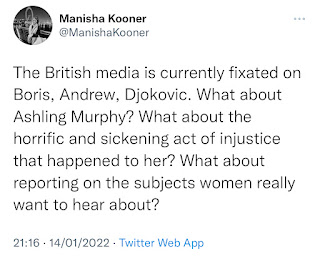 There has been growing anger all around the world as women speak up about their repressed grievances against the patriarchy. The murder of a 23-year-old school teacher, Ashling Murphy last week has infuriated many women. We want change. We demanded change a long time ago. We demand it now. We can't pretend that it doesn't happen. It does. The fact is inescapable.
Gender stereotypes from an early age are the main issue. Although they are becoming increasingly less evident, they are still ingrained in people. Gender stereotypes are social conventions to which one is expected to act according to.  For instance, women are seen as sensitive and emotional, as well as motherly and nurturing while men are socially expected to be strong, aggressive and assertive. Fixed gender roles are the 'norm', it's all some people have ever known. A few examples of how gender stereotypes are socially fixed may be through stereotyped Christmas gifts (dollhouses and footballs), advertising (men in car adverts, women in domestic roles) or occupations (men in high-profile jobs such as doctors and engineers while women are often seen to be teachers and nurses).
Something that didn't surprise me while I was conducting research was that, according to UN Women, "Men's average wages are higher than women's in both rural and urban areas. rural women typically work longer hours than men, due to additional reproductive, domestic and care responsibilities." Gender stereotyping is inherent in society, from job interviews to leadership roles, it has been so for hundreds of years, perhaps now, only in the 21st century are we beginning to see the slight progression of real change? Unfortunately, the rate of change is so incredibly slow that we will not see it in our lifetimes. According to The Fund for Global Human Rights, it will take "130+ years to close the gender pay gap" if we progress at the current pace. It will not happen in my lifetime, possibly not my child's either, but potentially my grandchild's!

It is important to note that while - and I confidently use the term 'feminists' - are advocating for equality for women, we should not, and do not intend to, lessen the importance of men. Our aims are to reach a level of equality for everyone. We want women to have what men already have and that is; freedom, independence and rights.

We have not reached a state of equality. We have not reached a place where women are free from patriarchal institutions. Men are still controlling the lives and bodies of women. According to The Fund for Global Human Rights, "90 million women live in countries that ban abortion". 90 million. Let that sink in. That's 90 million women around the world right now who do not have the right to their own bodies. 90 million women whose lives are dominated by men. 90 million women do not have the fundamental right to freedom. According to research conducted by UN Women, "Globally, an estimated 736 million women - that's almost one in three, have been subjected to physical and/or sexual violence at least once in their life. These figures are sickening. Something needs to change, and that is male attitudes towards women.

"Feminism isn't about making women strong. Women are already strong. It's about changing the way the world perceieves that strength."

The sickening events of the last week have compelled me to write this blog post. Women are angry, in solidarity. Simply talking about inherent social gender biases, sexist attitudes, and the state of inequality in society should not, and are not 'taboo subjects'. They are facts. Because it's true, we have not yet reached a level of social equality and we will not, for a long time if things stay the way they are. change must happen. It's 2022 and things have not changed for women.
Labels: Activism Lifestyle Politics 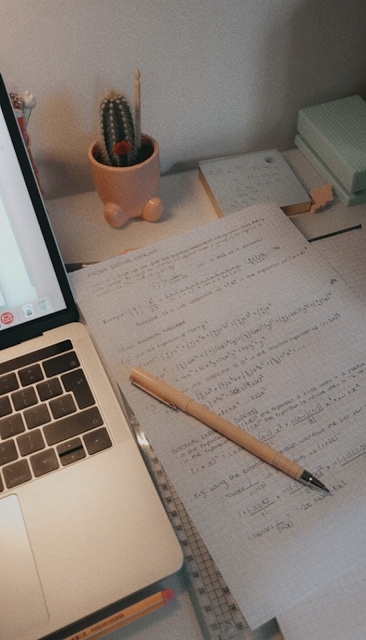 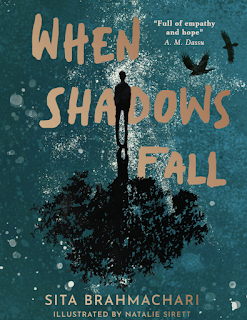 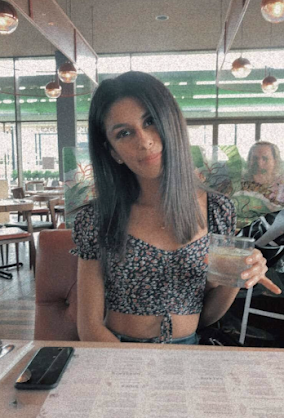